You don't have to be a photographer to recognise the global brand Kodak, but did you know they are progressing blockchain technologies to underpin their disruptive digital platform.

A brief history lesson, in 1880, George Eastman makes and sells photographic plates in Rochester, N.Y. and by 2005, Kodak was ranked #1 in the US in camera sales that surged 40% to $5.7 billion, according to BusinessWeek. 2007 saw Kodak sales slipping, and a lengthy court case in 2010 against Apple (which Kodak won) and selling off patents ultimately led to bankruptcy filings in 2012. A sad time as Kodak, one of the first industrial disruptors failed to move quickly as photography transitioned from analog to digital. Ironic as Kodak invented digital photography in 1975.

But in 2018, the Kodak resurgence is well underway as shares jumped more than 40% on the announcement of its intention to launch its own cryptocurrency called KODAKCoin. The initiative is a partnership between Kodak and Wenn Digital, with the aim of ensuring photographers get paid for their work.

"For many in the tech industry, ‘blockchain’ and ‘cryptocurrency’ are hot buzzwords, but for photographers who’ve long struggled to assert control over their work and how it’s used, these buzzwords are the keys to solving what felt like an unsolvable problem,” said Kodak CEO Jeff Clarke.

The pre-selling of the new cryptocurrency in January 2018, ahead of a public initial coin offering (ICO), saw all 8 million KODAKCoins purchased raising Kodak's stock value by a further 75%.

There is no doubt it will be interesting to see how KODAKCoin will be received by photographers and if the Kodak phoenix can rise from the ashes.

To find out how Hitachi can help with your digital transformation, click here.

U.S. technology firm Kodak has announced that it will launch its own cryptocurrency, with plans to host an initial coin offering (ICO) at the end of January 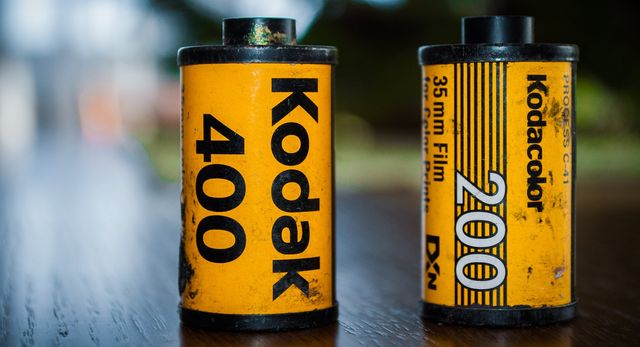 Shouldn't you do an #ICO ? #Kodak Is Launching a #Cryptocurrency for Photographers https://t.co/nVzmPIONzR via @CoinDesk @kikischirr #blockchain #bitcoin pic.twitter.com/kyOHN5DKjT

Kodak is looking to blockchain technology to launch a new rights-management platform for photography. True innovation, or jumping on the bandwagon to try and kick-start a dead juggernaut? https://t.co/9MP8LaWPZM via @coindesk pic.twitter.com/rEsjzj9sMy