The auto industry is feeling the effects of profound disruption. Autonomous transportation, of course, has captured the attention of consumers and policy makers and within the industry. But there is other, less obvious evidence. For example, in America, the number of those aged 16-18 applying for a driver’s license has dropped sharply, signaling a stark change in consumer sentiments about vehicle ownership and operation.

Established automotive companies are already hedging bets by investing in new business models.  GM has invested $500M in Lyft and announced fractional ownership models. Product portfolios are shrinking. Ford in particular is discontinuing many sedan models. Other manufacturers are consolidating production lines in a quest for agility, cost-effectiveness and lean and green operations while aiming to offer consumers more choices around digitally enabled features and functions such as gesture control, voice commands and augmented reality.

Nearly all OEMs have development initiatives towards fully autonomous capability with features such as Nissan’s self-parking and enhanced cruise control. New collaborations such as SoftBank and GM raise the debate around consolidations and spin-up businesses. The big disruptors such as Alphabet and new entrants such as Dyson continue to push new boundaries and accelerate disruption, putting digital capability at the core of their investments and developments. Smart City and legislative changes all add to the complexity. The volume and velocity of data in massive ecosystems is clearly evident.

Change starts with client demand, experience expectations and consumption preferences. What follows is a tsunami of transformations from the dealership to the materials provider. No element of the operating model will be untouched and putting data and smart systems to work will be the key to success.

Hitachi is no stranger to digital disruption in the auto industry, having operated in the industry for over 50 years. We’re now one of the largest manufacturers outside the OEM themselves. Innovations such as our digital/connected drive train, autonomous driving features and advanced manufacturing capabilities feature strongly in helping automakers turn disruption into value. Today, Hitachi is leaning in with a range of solutions, OT experience, IT, IoT and Integration capabilities that can be leveraged to accelerate transformation Hitachi actively participates in a variety of key ecosystem areas such as Smart City, legislative transformation and industry standards definition. For a closer look at our innovations, find out more here. 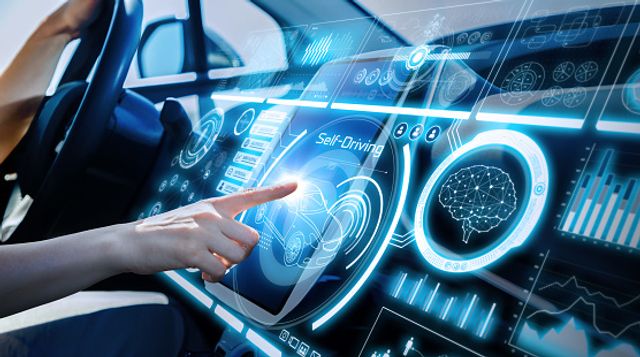 Ford is already showing results from its controversial decision to exit the sedan business in America and make a bet on bigger vehicles https://t.co/45FtxNj2Ji

With General Motors' desire to develop self-driving technology and SoftBank's shortage of startups to invest in, a deal seems like the obvious choice. But the situation is more complicated than it might seem https://t.co/zSUOL39nF8

Human error causes 94% of the nearly 40,000 deaths from crashes each year in the U.S. alone. Self-driving vehicles are a compelling solution but we need federal legislation to help get us there. See our company position in my recent @axios article: https://t.co/Ty6p4zcNmW

#Toyota to introduce new user-car service, KINTO, in 2019. Likened to a ‘flying nimbus’ that appears as soon as you need it, customers can freely choose the type of car they want to drive for as long as they need it. https://t.co/mZFIApOK0v #mobility

The Business Case for ERP Optimisation: Part I
Andy Macpherson

How to Win with Innovation
Sean Bryson
repost  cancel